How To Conquer Your Personal Fears And Live Your Life 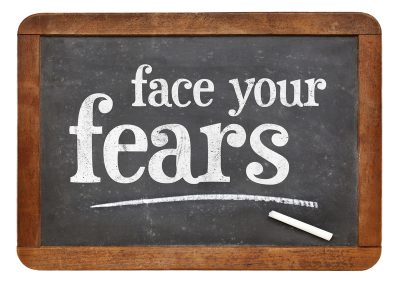 Seriously, how do you Conquer Your Fears? Have you ever heard the cliche statement, “Ignorance breeds hostility?” Alas, in actuality, ignorance breeds and produces fear, which in turn often breeds hostility. Right off, “ignorance” is defined as a “lack of knowledge, education, or awareness” according to Merriam Webster. Unfortunately, way too many folks think of ignorance as a derisive and undesirable condition, but in actuality, ignorance is the absence of knowledge, either intentional or unintentional.

Getting Rid of (Most) Fear

Let’s face it. We need a certain amount of fear to keep us physically safe. Remember burning yourself on the stove as a child?  Or perhaps you had that deep fear of going to the dentist. Bets are that you do and that you conditioned yourself to avoid such an error again. However, most adults have myriad baseless fears of things that are primarily based on the ignorance of the “scary” catalyst. Ironically, almost polarly opposite of ignorance is confidence, as long as it is not to the extreme. It is undeniable that even the most confident quarterback has indeed been sacked.

Following are a few “fear catalysts” in which education and exposure (via the suggestions) would help conquer fear and help rid yourself of that stumbling block.

The Real Fear Inside

Face Those Fears Today and Soar!

Probably the essential advice for those who are fearing success is to learn all that you can, which will, in turn, increase your confidence and ultimately lead to self-actualization (yes, you fear success if you don’t work out your fears). Self-actualization is genuinely a top-of-the-hill condition, but in understandable layman’s terms, “Know yourself, get educated about everything you can, and you will soon find yourself with an edge over others who submit to or cater to their fears.”

Learn to Release The Past