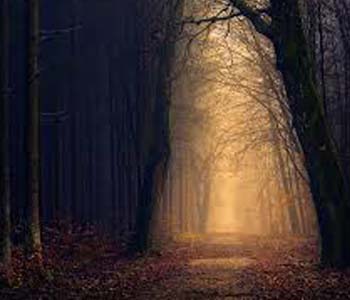 The Universal Law of Resistance says that which you resist you draw to you, and you will perpetuate it’s influence upon your life. You’ve already heard that many times.

Resistance is fear, so it is something you need to karmically resolve. The Law of Resistance assures that you overcome your fears by repeatedly confronting them until you learn detachment.

Another aspect of the Law of Resistance says, that which you resist out of fear, you become. It not in this lifetime, in a future incarnation.

“The Game of Life and how to play it” by Florence Scovel Shinn was published in 1925, and is the first book I am aware of that teaches the power of affirmations and The Law of Attraction. Here is an excerpt demonstrating what Shinn called The Law of Nonresistance.

“I have a friend who said nothing could induce her to walk under a ladder. I said, ‘If you are afraid, you are giving in to a belief in two powers, Good and Evil, instead of one. As God is absolute, there can be no opposing power, unless man makes the false of evil for himself. To show you believe in only One Power, God, and that there is no power of reality in evil, walk under the next ladder you see.’

“Soon after, she went to her bank. She wished to open her box in the safe-deposit vault, and there stood a ladder on her pathway. It was impossible to reach the box without passing under the ladder. She quailed with fear and turned back. She could not face the lion on her pathway. However, when she reached the street, my words rang in her ears, and she decided to return and walk under it. It was a big moment in her life, for ladders had held her in bondage for years. She retraced her steps to the vault, and the ladder was no longer there! This so often happens! If one is willing to do a thing he is afraid to do, he does not have to,

“It is the law of nonresistance, which is so little understood.

“Someone has said that courage contains genius and magic. Face a situation fearlessly, and there is no situation to face; it falls away of its own weight.

“The explanation is, that fear attracted the ladder on the woman’s pathway, and fearlessness removed it.

“Thus the invisible forces are ever working for man who is always ‘pulling the strings’ himself, through he does not know it. Owing to the vibratory power of words, whatever man voices, he begins to attract. People who continually speak of disease, invariably attract it.”

We cannot be too careful with our words.

Internationally renowned award-winning metaphysical author and practitioner Dick Sutphen has spent more than 45 years researching human potential and psychic abilities. He is a best-selling author and publisher.
Dick created and conducted Master of Life, Bushido, and other Psychic and Reincarnation Seminars worldwide and developed innovative group hypnosis exploration techniques that are now being used internationally. Over 300,000 people have attended one of Dick’s seminars. As a Professional Hypnotherapist, he is well-known for his hypnotist trainings and has received numerous awards.
Dick’s sought-after private hypnotherapy services are often booked up in advance. Please inquire confidentially to info@dicksutphen.com.

The Game Of Life and How to Play It