The History of Spiritualism 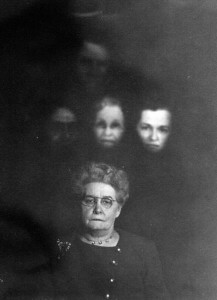 From time to time, I get questions that are interesting enough to share the answers with our online audience. I hope you enjoy- Charles

Question- “I am interested in learning more about Spiritualism. What is the history of Spiritualism?” Troy- Seminole, FL

Spiritualism is a religion with a simple premise: Spiritualists believe not just that the essence of any living being survives the death of their body, but that communication is possible with the discarnate soul of the dearly departed. Although communication with ethereal messengers appears in texts throughout history, modern Spiritualism finds its roots in upstate New York State in 1848.

Two sisters, Kate & Maggie Fox, had been startled by a repetitive knocking sound within the house. In March of 1848, the sisters worked out a system of communication with the mysterious knocking noise. They identified the source of the sounds as coming from the soul of a man they called Mr Splitfoot. He claimed to be a former resident of the home who had been murdered and buried in the cellar, a claim that was not proven for years when remains were discovered in the basement behind a wall. Once the story of the sisters’ communication with the dead was made public, the modern era of Spiritualism was born.

Spiritualism in the White House

Within a decade, Spiritualism had captured the American imagination. There are well substantiated reports of Séances being held in the Lincoln White House. A Séance is where a Spirit Medium contacts the “other side” on behalf of his/her clients. Abraham and Mary Todd Lincoln had lost a child, and Mary’s grief was overwhelming. They sought out a Spiritualist Medium to help them connect to the child who had passed. In Mitch Horowitz’ book Occult America, he provides accounts of seances held in the White House for President Lincoln and his wife Mary.

Spiritualism caught the imagination of a young country that was filled with many immigrants who had never experienced religious freedom of thought. It is thought that Spiritualism was so attractive because it offered a direct connection with a (perceived) higher power as opposed to a connection through a priest or other intermediary.

As the Spiritualist movement became more mainstream, Spiritualist Churches and Study Groups began to pop up across the nation. Early converts to emerging faith were immigrants in upstate New York. Their history had many of this population living in political and religious oppression prior to coming to America. Newly found religious freedoms encouraged people to explore and adopt new religious and philosophical beliefs.

Quakers were also early converts to the faith. They already lived and worshiped in communities that we far less structured than traditional Christian churches. The Quakers in their services called “meetings” allowed for all members to channel messages to those in attendance, and all were welcomed to do so. This tradition is strong in many modern Spiritualist Churches were fledgling mediums are encouraged to stand and practice ‘speaking the word.’

Click Below for a more thorough History of Spiritualism.